The foundation members of Sorrento SLSC held their first meeting at the “Dome” for what became the basis of Sorrento’s first Management Committee or what is now known as the “Board of Management”.

Things were tough. They had a club but no club rooms, they had members who were keen, but life saving resources were limited. In the first year patrol gear was stored at members’ homes. The area flags and hand held siren were transported each weekend (usually in Lyles Fiat 600) to Graham Arthurs parents’ house in Trigg as they had a large garage. In the clubs second year George Geneff, being the inventive one, stored rescue equipment in his old horse stable which had to have a door put on it for security.

To compliment the “new clubrooms” an old water tank from the rear of the Dome was to become the club’s first tower. Effective but offered the lookout very little protection from the elements!!

Thank you to the efforts of our foundation members we have now been able to see the clubs development to fulfil the dream of our founding president George Geneff to have a family based club on the beach at Sorrento. 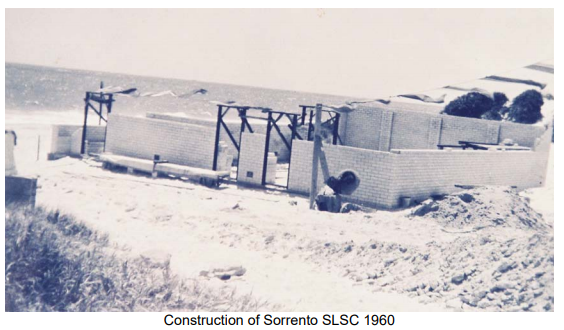 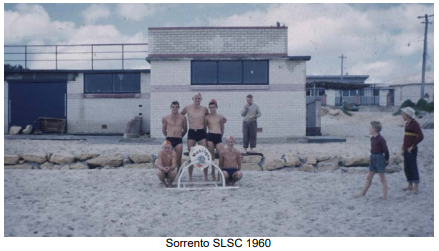 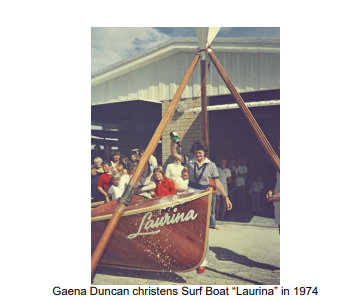